In the middle of nowhere, or lava-tubes

Since last I told about getting our car and all the first big stop was going to be near Gloucester (New South Wales, Australia) at the Gloucester Tops Camping ground. And although we saw a big snake, some Kangeroos, Wallabees, various unknown bird-types and quite notably, a Turkey! We decided not to stay up there and keep heading inland. Wherever we ended up spending the night I don't recall, must've been rather boring after all of that... Oh, I almost forgot, while up in the national park we also went on a short hike to see some waterfalls, which turned out to be more of a mild cascade. This park also was the first bit of more serious gravel roads and while not yet needed the 4wd capabilities, the Pajero didn't break a sweat. She did use a little more fuel than our normal average.

So, when last I made an update I spoke about getting our car and finding some nice little campgrounds in national parks. Since then the most notable thing we still managed to see around the coast was the Trial Bay Gaol (pronounce as jail... apparently this is the real 'english' spelling for jail...). Just before this we also enjoyed a beautiful beach sunset in bongil bongil (or something alone those lines) National Park.Somewhere along the lines we even drove through a region that, if not for the heat, could have been Holland. A meandering canal with grassy slopes and a road on the side. Cows in the fields and some trees scattered across a wide flat area. Some farms hidden around the bends in the roads to finish it up. All we were missing were the countless church-towers you would've have seen in the 'polder'.

At this point in time, more or less, Sandra proprosed a new plan. Since Sandra was having a cold (imagine that in 35 degrees), diving wasn't an option. As the water had no time yet to properly heat up, and the wind made you feel like it was 10 degrees when whet, the new plan was getting the hell to Cairns via the great inland road. This would give Sandra time to get rid of her cold, the ocean time to heat up and as a bonus would leave us moving back towards Sydney within a few weeks, essentially making it likely that we'll have some time to sell our car before leaving.

We left the coast headed in the general directions of 'St George'!! Such a cool destination. For those of you who don't know me so well, or missed out on some important history lessons. I love Dragons!!! And St. George is probably the only guy that is known, by name, to have killed a dragon. Now, before we get there, there's some 600km orso of highway to traverse. Not that far then ;)

What came next was as unexpected as it was fun and entertaining. We drove into Glen Innes and came to be informed that we were now on the Gwydir Highway, a gaelic community intend on preserving their Scottish and Irish backgrounds. This started of with a well-built and architected ring of standing stones. In these stones many a symbol was hidden among which, the trinity, northern star, cross of jesus-christ, the winter solstice and the summer solstice. Beautiful and unexpected, but that's the kind of gem you hope to run into when going of the beaten path.

As the roads quieted down, the landscape became more open and the heat went of, this is the Australia Sandra and I had known so well. Sure, we came this way for the east coast, but we'd come back to that later, first let's calm down in the quiet rural, disconnected parts of Australia. As dusk was drawing near we started looking for a camp-ground, for which we picked up an app on the advice of some fellow travellers. And although we were making our way towards some free camping, we instead took a turn of the highway towards a Nature Reserve (not to be mistaken by a national park) which had a proper camp-ground. Cranky Rock camping turned out to be a little slice of paradise.

More importantly, it had some really nice caretakers, a good shower and plenty of wild-life. Some of them were caged up, most noticeably the cockatoos. However, the roo's were not caged up at all. One of them was still a young lass and the other an old granny who had probably only managed to survive by getting some of the food of of the caretakers. After a good nights sleep another short hike, a good chat with the caretakers and some cute pictures of the local wild-life. We had to move on, Carnarvon National park being our aim.

St. George was certainly milking their name and had plenty of references to the mythical dragon-slayer. We picked up some information from the information office, picked up some 'dragon sauce' and quickly moved on. Unfortunately this was where we found out that there wasn't to be any camping in the Carnarvon National Park, nearby options looking overpriced we decided to fall back on our app WikiCamps AU and found ourselves a cheap camp in 'Lonesome National Park'. After so much driving and having found such a nicely remote spot we decided to spend a day just reading books and hanging around in the shades of the trees.

The next day we decided to set of early to get to Carnarvon Gorge in the early morning and start on the track while it was nice and cool. Which we did. We started the track around 8:30 after already driving roughly 100km, the bonus of living in a car and tent is that you tend to wake up at sun-rise. We decided to walk all the way out to 'the big bend' which was a measly 9.7km one-way, on a well-prepared bush-path. This posed no problem in the morning, while it was still cool and as such we made it out there in about 2 and a half hours. However, by this time, I was definitely starting to feel tired and the hot part of the day was yet to fully set in. Suffice to say, the way back was an experience! I can still recall with clarity the effort of making it through the last 2 kilometers with no water left, 40+ degrees and totally exhausted. Next time, when considering taking a daypack with me for some extra food and water, do it....

All of that hard-ship aside, the gorge was still as beautiful as I remember it from '99. The place is almost like nature's attempt at making a botanical garden. Every bend of the gorge drastically altering the plant-life around you. From walking through a grove of Eucalyptus trees, on to tall grass, a short pine-needle brush forrest, back to a grove of yet different trees and everything in between. All the while crossing back and across the river running through the gorge by carefully choosing your way across the stepping stones. It's a magical place and hopefully will forever resist the taint of humanity.

Where we got ourselves today

Since I don't want to steer you away from dreaming of paradise, all I'll say is that we continued on north. In between where we walked through the gorge and where we are today I had a swim at Theresa Creek Dam, we had the help of the loveliest mum at the Charles Tower Information Centre, who's son had studied in Leeuwarden for a while. And after walking through the historical sites of 'The World' we made our way to 'Undara National Park', where we saw the sun set from the rim of an old vulcano and will today walk the lava-tubes with a guide. Until next time, when I will tell you more of this! 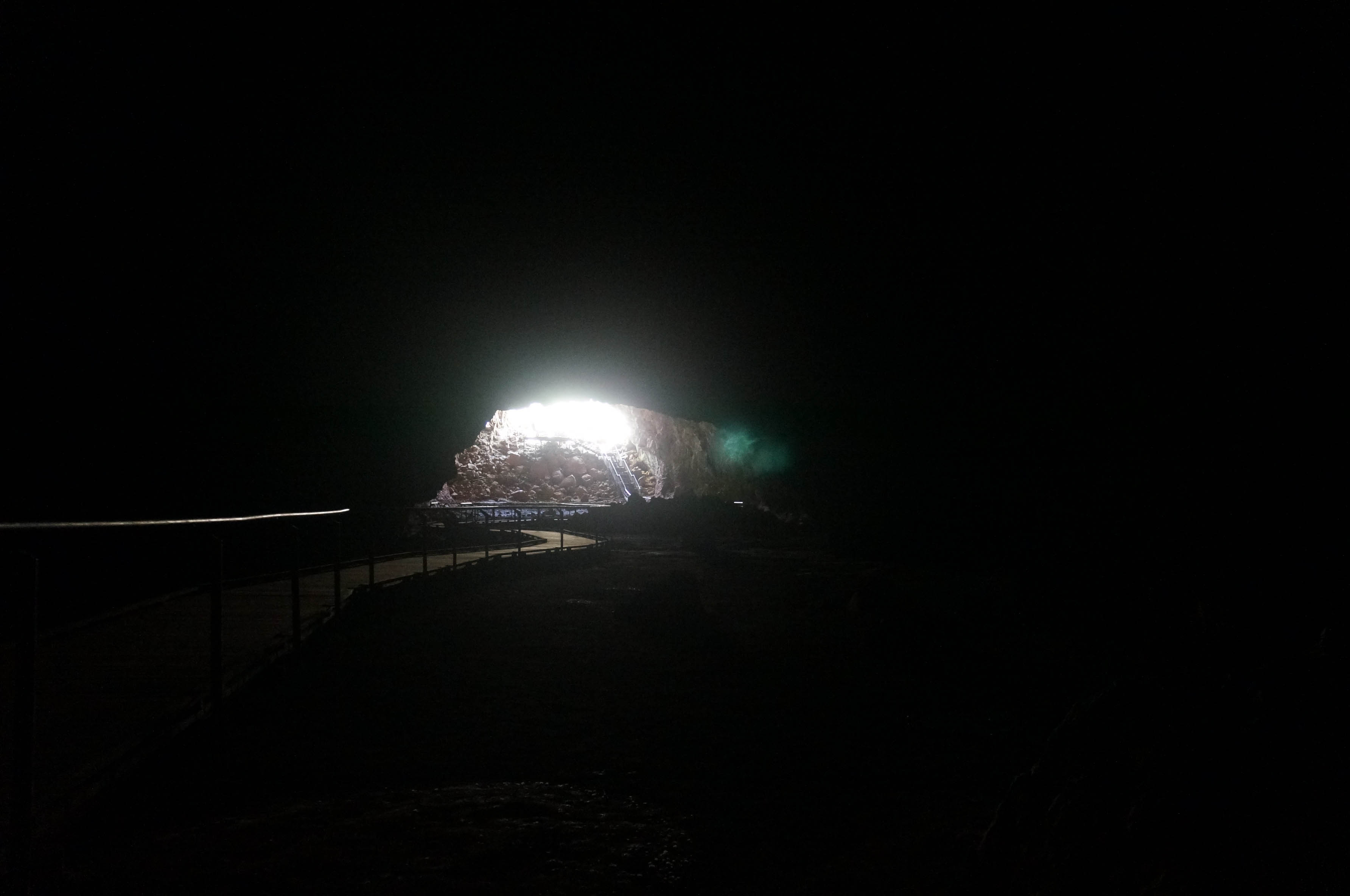